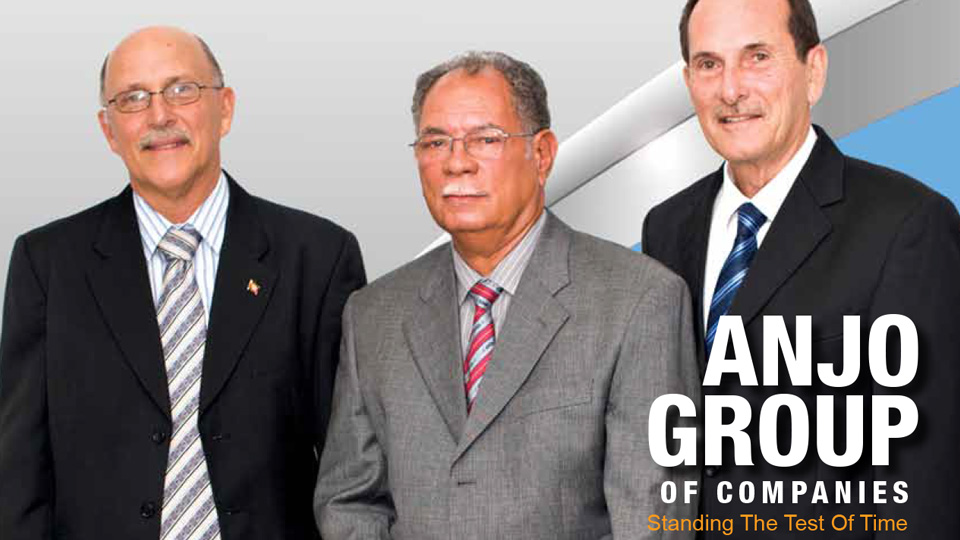 Celebrating 85 years of providing Antigua and Barbuda with reliable, quality and expedient service, Anjo Insurances continues to maintain a culture of customer service and trust that John & Francis Anjo began, and AWH Holdings Ltd. continues today. When Francis Anjo joined his father in the 1920s, he added the insurance agency in 1928, recognising the reality of the islanders’ vulnerability to natural disasters. With the advent of motor vehicles becoming more accessible, motor insurance soon became one of their main insurance packages.

Originally housed on Long Street, the Insurance department soon grew as more and more citizens not only recognised the need for the services, but were also aware of the legacy of trust and honesty that became synonymous with the Anjo brand. The company eventually moved to its present main location at Woods Centre in 2000. Today we take pride in being the ONLY insurance company on the island with 3 Branches located in the Woods Centre, Jolly Harbour Commercial Centre and the Anchorage Commercial Centre in English Harbour.

You may have seen, laughed along and most definitely let the message sink in from the commercials that have been aired on the television with Anjo Insurances. The campaigns aired locally are very Antiguan. You may recall the motor insurance advertisement featuring Culture Director Vaughn Walter ranting and raving in the background, while a mechanic calmly explains that had he insured with Anjo Insurances, he would have been driving his vehicle months ago, rather than waiting on his company to release the cheque. The homeowners’ ad with “Miss Temper Tantrum” begins, “There are two types of homeowners – those who go to Anjo Insurances and those who don’t.” Notably each commercial ends with the slogan “Having good insurance pay$. Seriously!”

Arguably the firm with the fastest claim service in the business, Anjo Insurances are quick to respond to the needs of their clients. Recognising the overwhelming claims that poured in after the devastating earthquake of 1974, John Hall, who had just been appointed manager of the insurance department, noted that this disaster made people recognise the importance of insurance against catastrophic events, such as earthquakes. The 1989 Hurricane Hugo was another disaster that accentuated the need for protection from natural disasters. But it was after Hurricane Luis in 1995 that more people recognised the expediency with which claims were settled at Anjo Insurances. General Manager John Hall states, “The company builds its reputation on how claims are handled … especially in times of catastrophe. The prompt settlement of claims through the Massy United Insurance Company certainly caused an increase in our business and the company grew substantially after the 1995 hurricane.”

Claims Manager Harry Hobson, who has been with the company almost 26 years, shares that one of their main priorities is “giving their customers value for their money, offering them the protection they need … and a satisfied customer is the best form of advertising.

“We believe as a company,” he continues, “that one of our strengths is the fair, prompt settlement of claims. … No one wants to have a loss and be frustrated … the very reason you insure is that in the event of a loss you can be compensated … you want peace of mind. Other companies may advertise that they have the lowest rates … but having the lowest rates does not necessarily result in quick settlements, quality for your money or good customer service.”

Their motor insurance, for example, remains one of the more competitive on island with their packages for both comprehensive and third party policies. In fact, in their comprehensive policy, customers who suffer the misfortune of an accident within their first year of ownership will not suffer depreciation. Most companies would depreciate the vehicle in the first year. Their liability limits are also substantially better than other companies. The recent addition of the Star Treatment Auto Rescue Service free to all private motor vehicle owners has been rewarding to the clients who benefit not just from road side assistance but also from accident and claims assistance before having to first visit one of the branches.

“One of the main claims managers of Massy United, who passed away last year, always had a philosophy,” explains Hall.

“When people are paying insurance and have a claim, you have to find a way to pay the claim rather than find a way not to pay. That was his philosophy … you buy insurance in the event that something happens to you … and the insurance company basically makes a promise to pay if something does indeed happen. So if something happened because of something the customer did or didn’t do, instead of saying right away, ‘No, we can’t help you’, he’d try and find a way to see how we could assist this customer. This is basically the same attitude we adopt in dealing with our claims.

“When you have a loss and people are in need … something has gone wrong – you had a car accident or your house was on fire – you have to step up to the plate. Our staff recognises this and we try to settle the claims as quickly as possible.” In existence for 85 years, Anjo Insurances has also been the training ground for other reputable insurance agencies today. Before starting their own companies, the following gentlemen were introduced to and trained in insurance right there at Anjo’s: Kenneth A. Gomez of Kenneth A Gomez & Sons Insurance (1956); Arthur Kelsick of Kelsick Insurance (1977); Peter Blanchard of General Insurance Company Ltd. (1984); and Ehret Burton of First Domestic Industry & Commerce Insurance Co.

Today, under the Massy United Insurance seal, Anjo Insurances is rated an A- by A.M. BEST, an international independent third party evaluation company that subjects all insurers to the same rigorous criteria, providing a valuable benchmark for comparing insurers, regardless of their country of domicile. A.M. BEST ratings give consumers an independent and clear “grade” of the insurance company’s financial strength. An A.M. BEST Financial Strength Rating is an opinion of an insurer’s ability to meet its obligations to policyholders. A score of A or A- is considered excellent; while a score of B- is fair, with C being marginal.

John Hall, who remains very hands on in the company conducting assessments and the like, states, “There is self-gratification when you see someone with a loss rely on a policy you sold them. … Customer service has been key to the success of this company, and that is why we are constantly sending our staff on training seminars. … With quality products and excellent customer service … that feeling of family that is synonymous with the Anjo group is extended to our customers.

“Mr. Anjo looked after his employees and was a man of integrity. … He would say, ‘When dealing with people, you should be fair but firm.’ And this is how we treat everyone – staff and customers.” 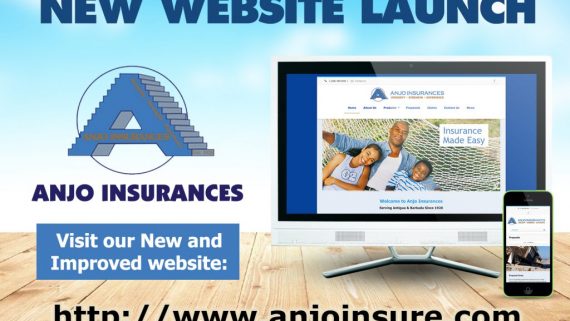 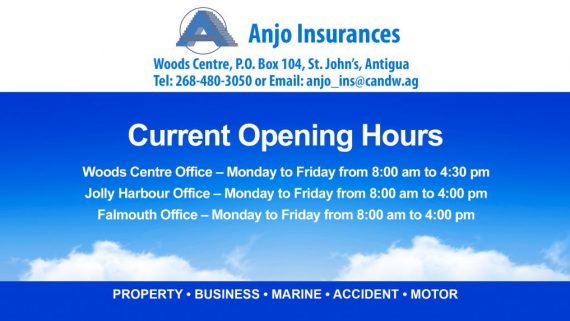 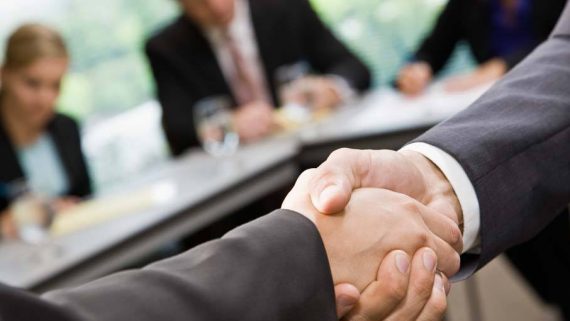 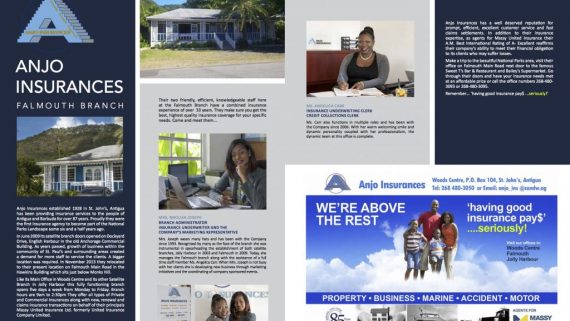 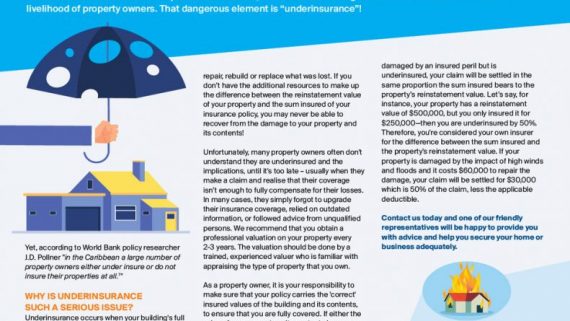 Why underinsurance can be as dangerous as a natural disaster

Woods Centre Office – Monday to Friday from 8:00 am ...
END_OF_DOCUMENT_TOKEN_TO_BE_REPLACED

Why underinsurance can be as dangerous as a natural disaster

Someone recently said, "What a decade 2021 is turning out ...
END_OF_DOCUMENT_TOKEN_TO_BE_REPLACED