Home About Us John R. Hall 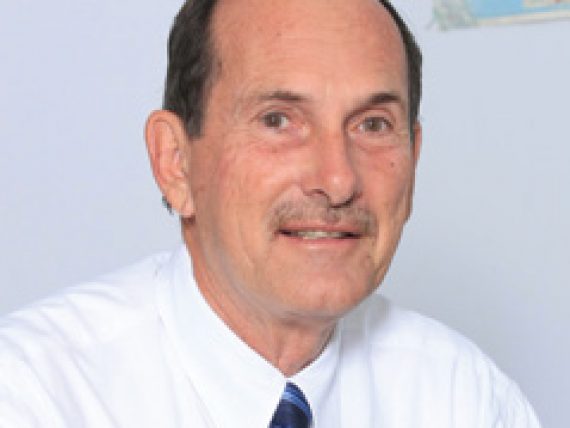 Meet the other team members

Starting right at the bottom typing renewal notices and investigating car accidents for a modest salary of $135 a month, John Hall is the General Manager of Anjo Insurances and one of the Directors of AWH Holding Ltd. today.

“I started right at the bottom, and tried to learn everything … at the time it was just about three of us in the department, Arthur Kelsick being one of the three … he was the manager at the time,” he remembers.  “Sometime around 1972 or ‘73, Mr Kelsick decided he wanted to leave to open his own insurance agency … sometime around that time, I was then promoted to manager.”

The company sent John to the UK to pursue insurance courses, which he did at the University of Nottingham and he spent some time at the Guardian Royal Exchange Group, the international company that John & Francis Anjo represented.

Recognising the tremendous growth over the years, John notes that when he joined the company, it already had a very good reputation. Additionally, with his aunt, Margaret Vieira, already working there, he knew that employees were treated well, and the company was an honest one. John Anjo III had certain visions for the company, in terms of expanding the business and thought it necessary to separate the various divisions. “What he also did, was allow management the opportunities to grow the companies, which is basically what took place.”

But it would be the 1974 earthquake that alerted John to the real need for insurance. “In those days you didn’t have loss adjusters coming to the island and we were swamped with a lot of earthquake claims … and I’d just taken over as the manager… I can remember there was a building contractor by the name of Eddie Samuel who would come in every morning at 9, and we would visit all these properties that were damaged … and right there on the spot we’d come to a settlement … and we did this for a few months until all claims were settled … you saw the need for people to have catastrophic insurance.”

John admits that over the years, he’d been approached by different entities to join another insurance company or begin his own. He’d discussed these offers with John Anjo who assured him of his future in the company. To his merit, John (Hall) notes that staying with the company was a wise decision as some of the companies who’d approached him in the past were no longer in business.

Working in the Insurance industry, John shares that he always experiences a “sense of gratification when you can assist someone get back on their feet … you feel a sense of satisfaction knowing that they can rely on a policy you sold them … you especially see this in a catastrophe … when someone’s house is destroyed and they have nowhere to go, the policy they bought from us provides them with alternate accommodation until they get back on their feet. … We take an interest in the well being of our clients.

“We’re very grateful to the many clients who have trusted us over the years … generations in some cases. “Anjo Insurances has been a training ground for many in the industry … it is a company built upon integrity and consistency with quality products and unparalleled customer service. And that is the key to success right there … “customer service.”